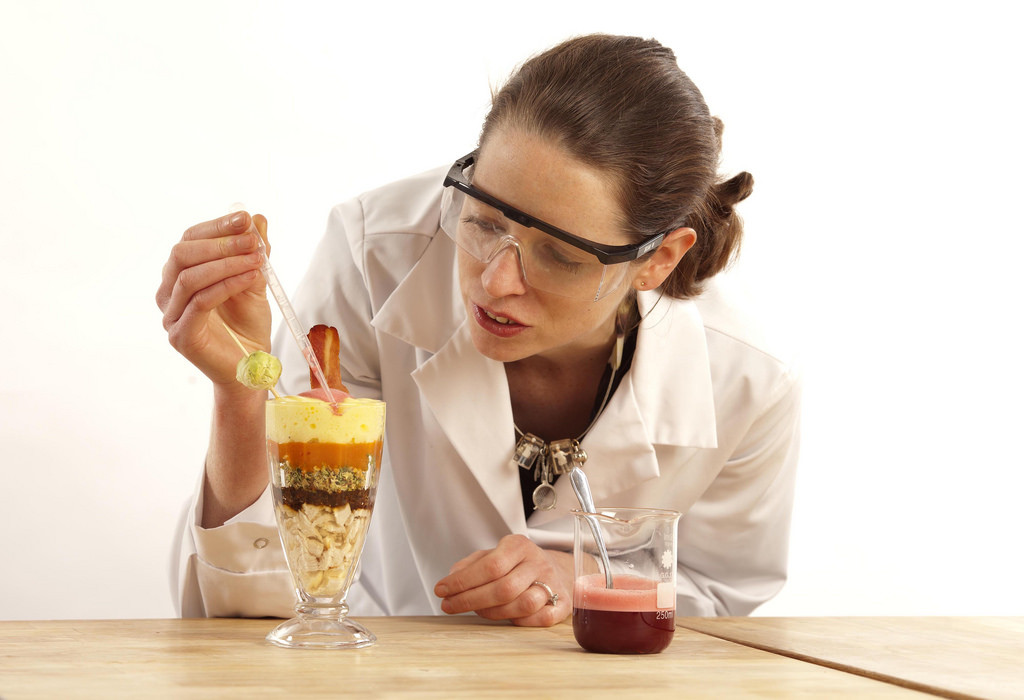 Natural flavours are alright aren’t they?

A couple of weeks ago, we were having dinner with friends who, like us, eat real food. Our treat drink for our kids is usually plain soda or mineral water with some fruit thrown in. That night our friend made up the jug of sparkling drink with oranges slices, strawberries and mint – yummo! Rilien (our 5 yo) had been so excited about this drink telling me “mum, you have to make this. Smell it, it smells yummy and sweet”. Later in the night, the kids were all running around quite loudly etc, and our friend made the comment along the lines of “I promise there was nothing weird in the drink”. Then she mentioned about the mineral water being infused Natural Berry Flavour, and asked that’s alright isn’t it?

Our friend, knows all about additives and preservatives, she ensures her family eats real food, but was shocked when we told her no, natural flavours aren’t really alright. It reminded me that I too had been caught by the word Natural Flavours some years ago, before I had my eyes fully opened to the additive and preservative world by Sue from Fedup, Bill from Chemical Maze and Tanya from Additive Free Pantry.

This word Natural, which makes us all believe it must be ok, prompted me to share these 5 secrets of Natural Flavours that I’ve learnt. I hope you find it helpful.

Flavour, whether natural or artificial, is an additive – it’s sole function in a processed food is to add flavour, not nutrition.

An article written the Daily Burn said this:
“They’re essentially providing the taste and often they’re added to make the food more appealing, or to potentially replace something that’s lost through processing, storage or in some cases even from pasteurizing,” says David Andrews, Ph.D., senior scientist at the Environmental Working Group.”

One of the first ways I started to learn about additives and preservatives is through the great book Fed Up and the associated website fedup.com.au. Processed foods typically use treatments and processes which destroy the taste and any nutritional value in food. This is what fedup says about why flavours are needed.

Flavours are used in processed food because overprocessing destroys flavour. When you drink freshly made juice, it needs no added flavours. But by the time apple juice, for example, has been centrifuged, pasteurised, filtered, clarified and cold-stabilised, much of the original flavour has been lost.

I guess it’s like what happens when we over-boil beans or other vegetables we cook. They end up being tasteless. The only way you can bring back any taste is by adding lashings of butter, salt and pepper.

2. Flavours Are Made In A Laboratory

The next distinction to understand is that both natural and artificial flavours are made in a laboratory. They are made by blending chemicals derived from natural sources or a synthetic source.

But surely the flavours made from natural chemicals are better, aren’t they? Ummm… I guess we are led to believe that but here’s what a few experts have to say about this:

Dr David Andrews, Ph.D., senior scientist of the Environmental Working Group says this. “The largest difference is that natural flavors are coming from natural sources — the original ingredient is found in nature and then purified and extracted and added back into the food.”

A professor, Gary Reineccius from the food science and nutrition department of the University of Minnesota says “the distinction between natural and artificial flavorings is based on the source of these often identical chemicals.” He also says “artificial flavorings are simpler in composition and potentially safer because only safety-tested components are utilized.”

So in reading all the research I found the main difference between an artificial and natural flavour is whether the molecules started out being synthetically processed in a lab (artificial) or purified and extracted in a lab from a natural source.

But, that doesn’t necessarily mean the “natural flavors” in your blueberry granola bar are simply…crushed-up blueberries. Rather, they probably consist of a chemical originally found in blueberries, enhanced and added into your food in a lab.

This is an excerpt from the Daily Burn article – if you have time, it’s a great read.

So let’s just divert back to the Natural Berry Flavoured Mineral Water we had for dinner that night. It is unknown whether the flavour we were getting was from crushed up berries, or a chemical originally found in berries, which was enhanced and added back into the drink in the lab.

Oh and I just love this little pearl I found in a blog from The Environmental Working Group about Natural Flavours v Artificial Flavours:

The simple fact that McDonald’s says its “natural beef flavour” is derived from wheat and milk should make you wonder.

3. Flavours Can Be Made Of Up To 50 or more Ingredients

I know right! How can one word – Flavour – that looks like one ingredient on a label, in fact be made up of so many other ingredients? And better still, just what are these ingredients? So just because it originates from a natural source, doesn’t mean the whole of the flavour is made from natural sources. In fact, the mixture is likely to have some solvents and preservatives included in it, so these are still artificial ingredients.

One of the concerns I have with this is there could be an ingredient in that 50 or so which may cause adverse affects to someone and we would never know.

4. Natural Flavour Can Be Derived From Plant or Animal

Below I have listed the 2 definitions used for Natural Flavour as outlined by The Flavour and Fragrance Association of Australia and New Zealand (FFAANZ). The point I want to make here is that it’s quite possible for a natural flavour to be derived from an animal without anyone even knowing it. For those who are vegetarian or perhaps steering clear of certain meat products, this could be a problem. Further, a question then becomes from what part of the animal did this flavour originate from. For instance, in a few reports I read, the natural flavour Vanillin can be derived from castoreum, which is a fluid from the two sacs located under a beaver’s tail – not far from the beaver’s anal glands. Yummy is not what comes to my mind.

“Natural flavouring substances (CAC/GL 66-2008 item 2.2.1.1) are flavouring substances obtained by physical processes that may result in unavoidable but unintentional changes in the chemical structure of the components of the flavouring (eg, distillation and solvent extraction), or by enzymatic or microbiological processes, from material of plant or animal origin. Such material may be unprocessed, or processed for human consumption by traditional food-preparation processes (eg, drying, torrefaction (roasting) and fermentation). This means substances that have been identified/detected in a natural material of animal or vegetable origin.”

“Natural flavouring complexes (CAC/GL 66-2008 item 2.2.2) are preparations that contain flavouring substances obtained by physical processes that may result in unavoidable but unintentional changes in the chemical structure of the flavouring (eg, distillation and solvent extraction), or by enzymatic or microbiological processes, from material of plant or animal origin. Such material may be unprocessed, or processed for human consumption by traditional food-preparation processes (eg, drying, torrefaction (roasting) and fermentation). Natural flavouring complexes include the essential oil, essence, or extractive, protein hydrolysate, distillate, or any product of roasting, heating, or enzymolysis.”

I don’t care what anyone says but those definitions do not instil any sense of naturalness in my mind.

5. Natural Flavour Is NOT Necessarily Better Than Artificial Flavour

The Environmental Working Group reports that natural flavours are chemical mixtures which are often more complex than artificial flavours which can be quite simple in comparison. They report “Natural flavors still contain solvents, emulsifiers, and preservatives, all of which are lumped into the category of “incidental additives” and are not required to be disclosed by food manufacturers.”

My tip for you

Just eat more real food and use herbs and spices to add extra flavour to food. Minimise or avoid processed / pretend foods that come in packets, especially if an ingredient is listed as flavour – natural or artificial.

Daily Burn – What are natural flavours

Fed Up – Flavours Natural or Artificial

You may wish to read more of the information in the source material. The information below is also really interesting to read too.

Do Artificial Flavors Spoil Us For The Real Taste of Food – this is an interesting article which was in the New York Times and sheds light on how the flavours being created are starting to make children and adults believe flavours really taste like that even though the real food equivalent may not.

The Flavorists – Tweaking Tastes & Creating Cravings – this is an extract of an American 60 Minutes interview with a couple of Food Flavorists in which during the course of the interview, it becomes clear that part of their job when concocting a flavour is to make it have enough of taste to make you want it, but not linger too long, so you go back for more of the tastes – that is to make it addictive.